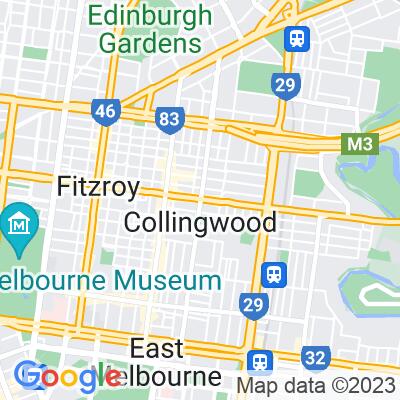 Here in Melbourne, we welcome all kinds of cuisines from around the world. However, the vegan restaurants in Collingwood are not classified by nationality or ethnicity; it is an entire shift in thinking on what you put in your body. Vegan restaurants in Collingwood support the growing evidence that plant-based meals reduce inflammation and improve other crucial biomarkers within the body.

Fortunately, the vegan restaurants in Collingwood not only make this incredibly nutritious food, they make it some of the tastiest, most intricately flavored dishes you will ever eat! Friends of the Earth Cafe

QIKI Cuisine Check: How to Pick the Perfect Vegan Restaurant in Collingwood for You

How are Vegan dishes Flavored?

Vegan dishes are unique in that they don’t rely on a meat base (e.g. – chicken, pork, steak), or any part of livestock to flavor the food. Instead, balanced vegan meals come from combining multiple grains, fruits, veggies, nuts, and spices together for a delicious, healthy, aromatic treat.

They key to understanding how a good vegan dish gets its flavor is to discover the power of umami – the fifth basic taste beyond salty, sweet, spicy, and sour. That’s right! There’s a whole savory flavor you never knew about! Crazy, right? It would be like realizing there is a sixth sense you have just been ignoring all this time!

Umami brings that delicious, yummy, savory taste to food. It can be found in mushrooms and tomatoes – especially sun dried and tomato paste. When boiled and cooked with a balance of spices and other ingredients, these nutritional powerhouses also provide an incredibly consistent, delicious flavor.

Some of the vegan restaurants in Collingwood are vegan pizza palaces. Check out this local treat, packed with San Marzano tomatoes, mushrooms, artichoke, organic kalamata olives, and mozzarella cheese. Who knew vegan pizza could be this hearty and wholesome?

Homemade noodles, vegan dumplings, cheese platter, blue berry cheesecake, and a fried gourmet potato basket? This will be the first thing we order for a day out by the Yarra.

Middle Eastern Falafels are some of the yummiest street foods on the market! This dish from a local vegan restaurant in Collingwood comes on zaatar bread (homemade dough mixed with sesame seeds, oregano, majoram, and thyme) and has homemade tabbouleh, hummus, salad, pickles, and tahini on top. Very healthy choice for those who need low carb, high-energy foods.

QIKI History: The Coming of the Vegan

While the Outback has proudly cared for some of the most valuable, ethically-raised livestock in the world, the shift towards veganism is inspiring and incredible for a country with Australia’s roots. With nearly 3 million vegans, one may wonder why it took so long for vegan restaurants in Collingwood to catch on. The answer is simple – balancing ingredients in vegan dishes can be tricky and takes skill. Now that the vegan restaurants in Collingwood have figured that out for us, all we have to do is dig in to the plant-based lifestyle. Onwards mates, and as always, happy eating from QIKI Cuisine!