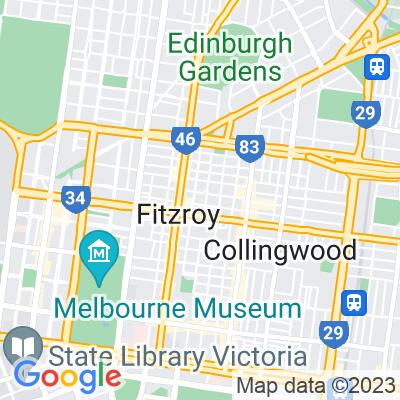 The vintage hipster neighbour of Melbourne, Fitzroy receives the vibrations from Melbourne’s Chinatown. As such, plenty of Chinese Australians have decided to settle down and call Fitzroy home, adding to its diverse, deep, and unique character. Fortunately for the rest of us, they brought one of their favorite dishes over through generations – delicious, steamy, mouth-melting dumplings. Like Melbourne, dumpling restaurants in Fitzroy are usually run by Chinese-Australian residents who have secret family recipes spanning back generations. To get a taste of the incredible dumpling dishes in Fitzroy is to get a more complete picture of the city’s special character. Let’s put it another way – we Aussies love our dumplings! Because Fitzroy is celebrated for its openness of thought and multiculturality, dumpling restaurants have found an easy home in Fitzroy. Many local residents love to get an afternoon coffee and then hit their favorite dumpling place. Although we are slow to open our city up from COVID 19, that too will soon pass. As the capacity for dumpling restaurants slowly grows, the city hopes to see our favorite establishments fill up again! In the meantime, plenty of the dumpling restaurants in Fitzroy deliver hot, fresh takeout. With literally dozens of incredible dumpling places between Fitzroy and Melbourne, you will never have to wait more than a half hour for your delivery – unless everyone else gets the same idea 😉.

If we had to give our personal favorite dumpling restaurant in Fitzroy, we would recommend starting with Houhai Dumpling House on Queens Parade in Northern Fitzroy. They have dumpling combinations of pork and onion, beef and carrot, beef and Chinese broccoli… give us a second to stop thinking about food. This stuff is so steamy finger-licking delicious – they even have lamb, prawn, egg, and vegan dumpling options for specialty eaters. The establishment is well-presented with modern architecture, and the establishment does takeout, so we highly recommend it! In fact, Houhai is not the only incredible dumpling restaurant in Northern Fitzroy – the entire area is known for its multicultural presentation of cuisines! However, like in the rest of Victoria, dumplings remain a staple and a favorite for local Aussies. It’s one of the best kept secrets, so checking out the various dumpling establishments in North Fitzroy is highly recommended.

If you stick around North Fitzroy after hitting your dumpling place, the culture of the area can keep you entertained for hours! There are street-art installations, antique shops, green belts and meadows, massage parlors, wine tasting rooms, bars, clubs… it may take more than a day to fit that all in 😊. There are also several walking tours, like the True Crime walking tour, along with well-known local bars to hit after your delicious dumplings!

We want to finish by reminding our readers that Fitzroy is like Melbourne’s sweet, funny, kind of silly cousin. Because so much of the dumpling restaurants in Fitzroy originated from Melbourne’s Chinatown, we recommend making a visit there, as well. If you are on a foodie road trip, you will get to see dumpling-making in its purest, rawest form! Fortunately, that means they are the most flavorful, delectable, affordable pieces of meat-and-veggie-filled goodness you will find on this side of the continent!